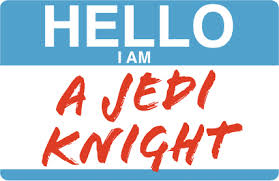 A while back, I had a discussion with a friend of mine about joining the dark side. Yes, THAT dark side. Even though I wanted to think that when it came down to it, I would choose the right path, the truth is that the life of a Jedi is not that appealing. In fact, I think most people would probably choose to follow the Empire.

It’s a much more comfortable life. There’s power, prestige. It might be a bit conformist and stifling, but still, there are some serious perks. You pretty much rule the galaxy.

Jedis are discriminated against. They hang out in swamps. They’re almost like priests. They also die off pretty quickly. Joining the Empire just seems like a much saner life choice.

So that was kind of my philosophy for a bit. Jedis are cool, but c’mon.

Until I was tested.

Someone pissed me off. But I mean, REALLY pissed me off. I was angry. Seething, yelling, kill-someone angry. It took all my strength just to keep it together. It consumed me.

So a friend took me out for some drinks. After three Cosmos I was feeling significantly better and we started to plan my revenge. A night of egging. Some mild vandalism. Maybe write a letter to the newspaper. As we downed drinks, our plans became more exaggerated. We cursed out all the people that were pissing me off, and then we celebrated how much we hated them. The more I gave into my hate, and the more I drank, the more powerful I felt I was becoming. It was coursing through me.

And then it hit me. 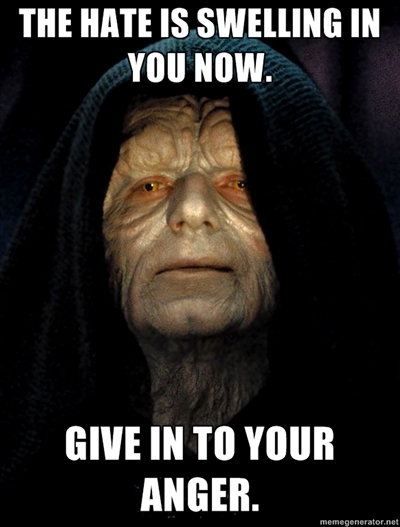 I was in Empire Strikes Back and I was facing the emperor.

Everything became clear (well, as clear as it could be after three drinks). I had a choice. I could give in to the hate, let it consume me and join the dark side, or I could drop my weapon and tell “them” that they had failed. That I would never join them. I was the protagonist of my own story, and they were the antagonists, working against me. I was on my way to joining the dark side. Becoming this miserable, hate consumed, shriveled Emperor, begging people to join me. They were clearly the Sith. Even if I lost my hand over it, the idea of living with that kind of hate in my heart was not something I wanted.

So I threw away the light saber. Right there in the bar. And passed the test. No revenge. No anger. No hate.

“I am a Jedi, like my father was before me.”

And suddenly I transformed. After the hangover, I walked around as a Jedi. I saw those people from the Empire, and I just inhaled deeply and reminded myself, “I am a Jedi.”

I didn’t throw eggs at their cars, or TP their houses. Those things would not have changed anything in the long run anyway. It would have felt good momentarily, but it would not have ended there. Once you start down the path, forever will it dominate your destiny.

I know people who hold onto rage. It festers. It grows. I wasn’t going there. Choosing to take the higher road is not about cowardice. It isn’t about weakness. It is about controlling your feelings, and realizing that anger, and darkness, and hate only breed more of the same. It’s about identifying the people in your life who side with the dark lord and choosing not to join them.

I am a Jedi. And they have failed.

…but I’m still keeping a blaster by my side, just in case. 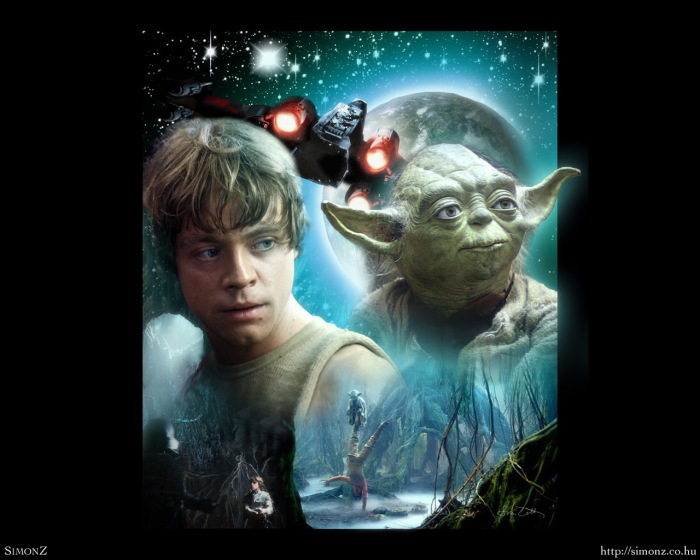 Teacher, writer, mother. Not necessarily in that order. I blog here and on Huff Post.